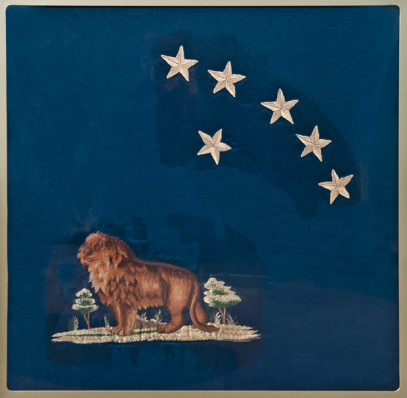 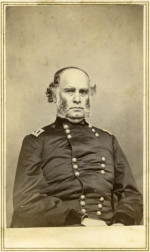 The 24th Missouri Infantry Volunteers was organized in 1861 and began its service on December 28th of that year.  In January 1862, the 24th joined General Samuel Curtis at Rolla, MO for Curtis' 1862 campaign against Confederate General Sterling Price.

The regiment's first major engagement was the Battle of Pea Ridge, Arkansas in March of 1862.  Designated as the Union Provost Guard, the men of the 24th occupied the area around Elkhorn Tavern.  It was in this area that the early fighting of the battle occured.  In fact, Private John Franklin of the 24th Missouri became the first Union casualty of the battle as he was severely wounded while attempting to repel the initial rebel attack.  Early in the battle, Confederate Generals Benjamin McCulloch and James McIntosh were killed, creating a void in the rebel command structure which could not be overcome.  This resulting lack of organization and leadership helped secure a decisive Union victory and a crushing loss for the Southern forces.

Losses suffered by the 24th during the battle were 4 killed, 17 wounded.  Total Federal losses at Pea Ridge numbered 203 killed, 980 wounded and 201 missing for a total of 1,384 casualties.

Throughout the remainder of the war, the regiment and its detachments could be found serving in a wide range of campaigns and battles in both the Western and Trans-Mississippi Theaters.  Some of the engagements in which the 24th fought include Vicksburg, The Red River Campaign, The Occupation of Alexandria, The Battle of Corinth, The Battle of Pleasant Hill, The Battle of Franklin, and Missionary Ridge. During the 24th Missouri's three and a half years of service, almost thirteen hundred men would serve in its ranks.  By the end of hostilities, the 24th would lose 3 officers and 40 enlisted men killed or mortally wounded.  Another 221 would die of disease.  The last men of the 24th were mustered out of service in February of 1865.

In 1896, The Medal of Honor was awarded to First Lieutenant William Wallace McCammon of the 24th Missouri Infantry for extraordinary heroism on October 3rd, 1862 in action at Corinth, Mississippi.